AIR TRAVEL has become one of the most popular methods of travel, with millions of people jetting off around the world every day. With so many flights in the sky at any one time, Air Traffic Controllers have an important job on their hands. One ATC revealed some secrets of the job, including some of the most common reasons flights are delayed.

Air travel is one of the most common methods of transport, with millions of flights taking off around the world in any one day. In fact, in one day alone in May, there were a reported 9,000 flights crossing UK airspace. It’s no surprise then that air traffic controllers have a hugely important job on their hands, keeping every plane heading in the right direction, avoiding other aircraft, as well as unexpected weather changes and heavy cloud.

Air Traffic Controllers guide every plane in the sky by providing instructions over the radio, while assessing the location and flight paths of surrounding aircraft, to get people from A to B safely and with as little delay as possible.

Of course, no matter how good they are at their job, there are some situations that cause delays which simply can’t be avoided.

Air Traffic Controller Paul Diestelkamp spoke with Express.co.uk to reveal some of the most common reasons flights are delayed.

He explained: “The Air Traffic System is so complex, so many different people have to work together and so many things have to align for every single flight to be able to fly when it is scheduled to fly.

“Equally, therefore, every flight is influenced by so many different things that could mean it gets delayed.

“Sometimes flights avoid bad weather and thunderstorms which means they may fly a bit longer than planned or fog means we can’t see the planes and the pilots can’t see either and have to fly only by their instruments.

“This slows things down and means only less flights can land or take off which may cause delay.

“If something goes wrong or gets delayed with the boarding or loading of the aircraft, then the flight simply isn’t ready to depart on time and there is nothing we can do as Air Traffic Controllers to help this.”

Indeed, weather is a huge thing to navigate for Air Traffic Controllers and something that can’t be changed.

“Weather is a good example for things that influence air traffic and we simply can’t control what happens there,” continues Paul.

“This doesn’t mean that weather is dangerous, we have technology and procedures that allow us to manage traffic as safely in bad weather as in good, but sometimes these procedures do mean that things slow down. 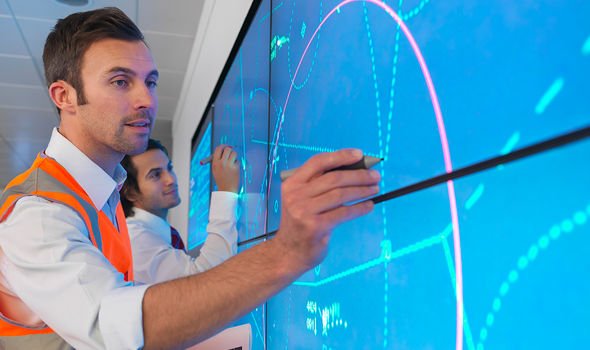 Flights: Air Traffic Controllers map the routes of all flights in the sky (Image: Getty Images)

“In the winter for example, when it is freezing, aeroplanes have to de-ice to ensure there is no ice on the aircraft that would impact its ability to fly. “Because safety always is the top priority, things are always done safely rather than quickly and that may mean that a flight departs a few minutes later because it is de-iced first.

“Technical problems are another example, if there is doubt about a system either in the tower or on the plane, then safety takes priority and the engineers get called in to check and repair even if that means delay.”

Occasionally, unexpected events can suddenly make the job a little tougher for everyone involved in airspace.

Paul says: “To be an ATCO, you need the right amount of self-confidence and be able to thrive when it’s busy, and not stress about that happening in the first place. We’re all trained so well to respond to situations that we know what we’re doing and can react accordingly, no matter what happens.

“Sudden things do happen, but we deal with them safely and efficiently in a calm and logical manner.” 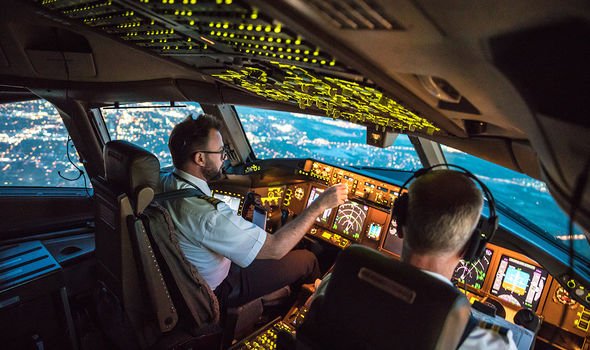 Paul recounts the Gatwick Drone event last December, which was a big hitter for airport workers, and has since changed the way some things are done.

Paul explains: “The Gatwick drone event last December meant that unfortunately, the airport was shut down for safety reasons.

“We worked with the Airport to implement new technology and procedures to monitor and track drones.

“Drones are the new reality and authorised drones obviously have many benefits, so we just need to assure we are able to pinpoint the unauthorised ones.”

With so many unexpected events that can unfold each day, it’s vital that Air Traffic Controllers are constantly in touch with one another, including a huge network of other controllers and pilots spanning the globe.

For Paul, this is there is one thing vital to keep every plane flying safely across the skies.

To put it simply: “communication is key.”